LUSH LIFE is the personal tale of finding beauty in everything. Filled with stories and music that remind you to take a giant bite out of life and to indulge in all that is good. Known for her hi-dosage glamour and fashion, RAJA promises not to disappoint…She brings it to the ball every time.

Born in Baldwin Park, California, Raja, with 3 years old moved to Indonesia (where his father is from) alongside her family and stayed there for 6 years before returning to the USA. She attended university as an art student for 2 years, then decided to pursue a career as a makeup artist and drag queen. In 2005, she started to be the head makeup artist on Tyra Banks' reality show "America's Next Top Model", where she worked on the show from Cycles 4 through 12. Her clientele has included several celebrities including Pamela Anderson, Tyra Banks, Dita Von Teese, Paulina Porizkova, Iman, Twiggy, Iggy Azalea, etc. Since 2009, she has been a makeup artist to singer Adam Lambert for print media, live appearances and his international 2010 tour, "Glam Nation Tour".

Raja's name comes from the term "rajá", a title extended to an Indian king or prince. "Gemini" comes from Raja's zodiac sign, Gemini.

Raja is the drag mother of Rhea Litré and Naomi Smalls (from Season 8 and All Stars 4. After winning Season 3, she also has "adopted" several drag children, including Anderson Brooks, Thierry Meissel, Illuminati Princess (Gregory Grey) and Bionka Simone. 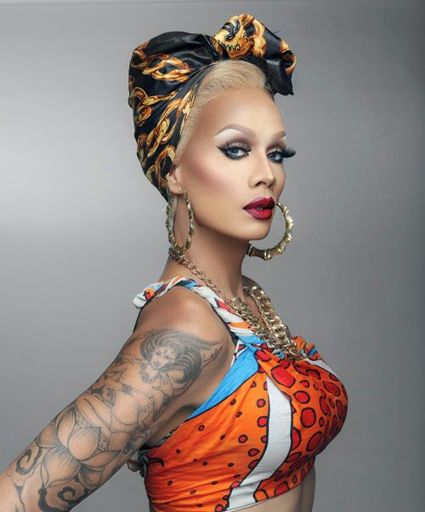